Value of a Degree 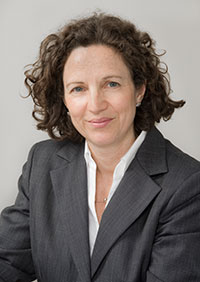 There have been plenty of debates recently about the increased cost of getting a degree from 2012 onwards and whether going to university is still worth it.

The major change is that - for students starting their courses in autumn 2012 - universities will be able to charge tuition fees of up to £9,000 a year. Students will not pay these fees upfront, but will pay back as graduates (when earning over £21,000) and over a longer period. Government loans are available to cover tuition fees and living costs and there is other financial support available to help full-time students with the cost of university.

This has been a controversial issue and often, the facts about the new system have not been spelt out clearly enough.

So is university still going to be a worthwhile and manageable investment for people starting in 2012? While it is true that under the new system, most graduates will have to shoulder more of the share of the cost of going to university, the new system spreads the cost across your earning lifetime. And those earning above the £21,000 threshold may well have lower monthly repayments than under the present system. It has been compared to a tax.

There is understandably a lot of concern about this rise in fees from 2012, but it's important that people aren't put off from attending university because of a lack of information about the real costs and benefits of a university education.

There is now a wealth of information available online. A great place to start is www.yourfuture.direct.gov.uk  which has comprehensive information about tuition fees and the financial support available to students, including tuition loans, living cost loans and the range of grants, bursaries and scholarships on offer. Another source of valuable information is www.StudentFinance2012.com - a site developed by TV's consumer champion and founder of MoneySavingExpert, Martin Lewis. 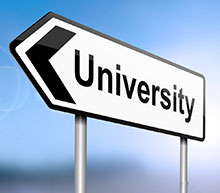 Going to university is a big decision, one that that can transform your future. While university may not suit everyone, it's an option you should consider seriously.

Graduates from UK universities are still in a better position to succeed; they remain highly valued by employers, here and overseas. Figures show that, on average, degree holders continue to earn considerably more than non-graduates over a working lifetime.

And while there is a tendency to focus exclusively on what a degree will give you in terms of a salary and career, let's not forget the other advantages gained by those who attend university. It's about mixing with people from all walks of life and corners of the globe, making life-long friendships and developing a range of other skills along the way. It can be really life-changing.

Without doubt, a university education is a very valuable, long-term investment and it's important that students are not put off by misleading figures. Students and their parents should look beyond the headlines and political arguments.

What the new funding and fees system from 2012 might well end up doing is ensuring that universities publish even more information about what they offer students as part of their degrees.

Opting for a university education is a big financial decision, but it's one that has intrinsic worth: for broadening your mind, making new friends, having new experiences and getting the career you want.