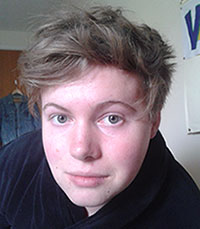 Leaving home and going to university is a major life change. The planning, working and worrying that have filled the months before are over. Suddenly you find yourself in your uni room with your entire degree in front of you, something that can be incredibly exciting but also a bit daunting and scary.

We asked fresher Oliver Nolan to talk about his experiences three weeks into living and studying music tech at Kingston University in south west London to find out what advice he had for A level students setting out on the application process for 2015.

What was the first three weeks like and how are you settling in?

Oliver: “On my first night here, I was one of the first students in halls. The university has a staged moving in process, and music students had to be here nearly a week before Fresher’s week started. I had worried that I would just be sitting in my room on my own and with nothing to do but there were a few other people around and I was quickly persuaded to try out the uni bar. During the evening I quickly made friends with a few people on my course, so that was a really great start.”

“Since then, I have started to explore more of the surrounding area and the campus and I am really impressed. This is a great place, the accomodation is good and my room feels really homely with all my stuff in it. We’re near Richmond Park and the river as well as 15 minutes from central London and the music department is excellent. I’m glad I chose to come here.”

How are you finding your course?

Oliver: "I’ve found the lecturers and tutors really helpful. During Fresher’s week we had lots of induction sessions so that we all knew where to go, where the library and computer facilities were, and what was available for music students. I’m with loads of students doing my course an I’ve made quite a large group of friends. I’ve already started a creative project  - we’ve formed a new band – and I feel really motivated about what I’m doing."

Is the teaching style different to college?

Oliver: "So far I’ve only had lectures and no seminars so the teaching has been a bit more directive than college, less interactive but I think that will change as the term goes on. I think my college was good preparation and I certainly haven’t felt out of my depth. We have to use specialist software for music tech and Kingston uses the same as we had in college, and that I’ve used at home during the last couple of years, so that was a big advantage. For students who are less familiar with it, there are extra sessions to get them up to speed, so the tutors in charge of the course seem to have everything covered. We all feel there’s a lot of support available."

Looking back on the application process, is there anything you would do differently?

Oliver: "I was lucky with music tech that there are only a handful of universities that offer the course I wanted to do. It was a choice between two in the end and the course here is much less technical with a greater emphasis on musical creativity, so I feel its definitely right for me. I did come down to an open day, which gave me a good idea what the place was like, but I didn’t get really useful information on what we would be doing on the course. That wasn’t a deal breaker and now I’m here, its already exceeded my expectations. I think the application process was fine, my college made everything straightforward and I had no problems."

What about finances? Have you had any issues so far?

Oliver: "Well, yes and its really down to the fact that I applied for student finance really late. I wish I had finished it all during college term time in the summer but, for one reason and another, it got put off and put off. One of the problems was that I don’t have a current passport and so I had to provide all sorts of other original documents and a statement from someone who had known me for six years, so that took a lot of organising.”

“My penance for not getting it sorted is that my maintenance loan hasn’t come through yet and probably will take at least another month. I am surviving off an overdraft, which is not ideal. If I could go back and change anything about last year it would be that I would have got all of this stuff out of the way as fast and a soon as possible. My advice to this year’s A level students is to apply for student finance while you are still at college and get your passport renewed if you need to way ahead of time.”

And your social life?

Oliver: "Need you ask! Its quite hard for everybody at first to go out there and start talking to people, but you need to be very open minded, get out of your room and get out and meet other students. Once you make friends, you gain a lot of confidence. I can’t pretend that I haven’t had a few spells of feeling homesick but I think that’s normal. You have to keep up a positive attitude and make sure you are friendly and not reclusive and miserable, even when you get a bit down. Overall, uni life so far is great."