Mythbusters: 10 Myths about the UK and the Truth Behind Them 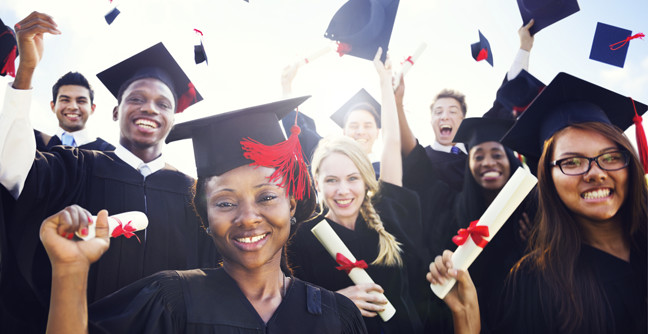 There are always myths and stereotypes about any country you’ll visit and usually you only have to spend a few days there to realise that most of what you’ve heard just isn’t true.

We’re here to tell you 10 of the most common myths about the UK and reveal the truth behind them:

OK, if you’re coming from a part of the world known for constant sunshine then you’ll probably find the UK a little wetter than you’re used to, but it definitely doesn’t rain constantly here.

If you’ll be studying in the North of the UK then those regions do get their fair share of bad weather, so be sure to pack plenty of jumpers and an umbrella. However, if you’re studying in the South of the UK then you can look forward to far more sunshine. In fact, places such as Cornwall and Devon are known for having almost Mediterranean climates in the summer months.

Although our food will almost certainly be quite different to traditional dishes from your home country, it’s not fair to say that us Brits’ can’t cook.

Wartime rationing is long over and we’re now known worldwide for our excellent standard of restaurants. We also have a very diverse food culture so you’ll have the opportunity to try cuisine from many different countries during your time at university.

The British definitely do enjoy a nice cup of tea but we’re certainly not obsessed with it, particularly since coffee shop chains such as Starbucks and Costa arrived in the UK.

We also don’t stop everything at 4pm for afternoon tea anymore, although we definitely recommend trying a traditional afternoon tea at a hotel or tea room at some point during your time in the UK.

#4 – the Queen is the ruler of England

We’re very proud of our Queen but her role is almost entirely ceremonial these days and she is the symbolic head of the United Kingdom and Commonwealth.

The reality is that the UK is controlled by the government, with a Prime Minister at the head, and the Queen’s real power is largely being a behind the scenes influence, using her 60 years of experience to consult with the Prime Minister and other officials.

#5 – England, the United Kingdom, and Britain are all the same

This is like calling someone from Canada “North American, whilst it wouldn’t be entirely wrong, it is very unspecific.

We’re all very proud of the area we come from and many Scottish, Irish, and Welsh people would take great offence at being labelled English!

Whilst we don’t drink our beer as cold as the Americans do, we’re definitely not fans of warm beer. Many beers, lagers, bitters, and ales are served from the fridge or from a cool cellar.

In fact, warm beer is something you’d be likely to find us complaining about in a pub…

#7 – we’re all very posh or have Cockney accents

When people from the UK are portrayed in other countries we either have a “posh” Queen’s English accent or a Cockney accent, neither of which are very accurate.

The UK actually has a very diverse range of accents, with some areas even having their own dialects, as well as speaking English.

#8 – health care is free for everyone

Whilst the National Health Service (NHS) provides the large majority of health care to UK residents without charge, it certainly isn’t free and isn’t available to non-British citizens, except in the case of an emergency.

The NHS is paid for through taxes and donations and there are a variety of treatments and services which are not available on the NHS.

We’re not as keen on having a perfect smile as Americans seem to be, but our standard of dental care isn’t as bad as the myths portray. Dental care is available on the NHS to all UK children, meaning that our oral hygiene standards are increasing with every generation.

#10 – London is the only place worth going in the UK

It might be the capital city and have hundreds, if not thousands, of tourist attractions but London is definitely not the only place worth visiting in the UK.

As any UK resident will tell you, there are many places that are just as interesting and diverse as London, if not more so. We would really recommend spending some of your time whilst you’re at university exploring different parts of the country and getting a feel of what life is really like outside of the capital.