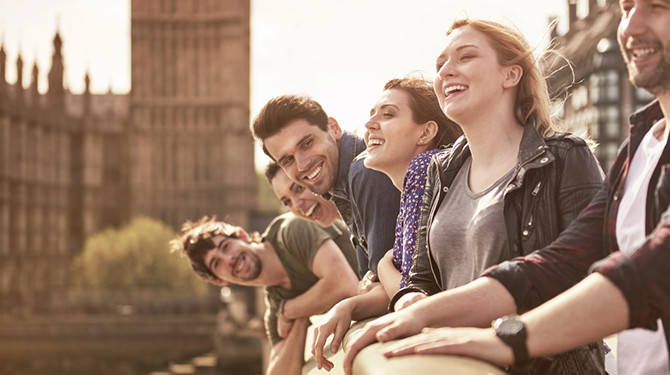 Studying in a different country is always going to mean that you come across different customs and ways of doing things, which is probably why you chose to leave your home country.

Here are five of the weirdest UK customs you might discover at university:

St Andrew’s embraces a tradition of continuing students adopting first year students at the start of each academic year. The second weekend of November, known as “Raisin Weekend”, is when the first year students arrive at their “mother” and “father’s” homes to consume quantities of alcohol and be dressed up in crazy outfits.

The name of the weekend comes from the historical tradition of giving your university “parents” a half kilo sack of raisins as a thank you for welcoming you to the university. these days, a raisin based gift such as a bottle of wine will do!

In return, “parents” give their “children” “raisin strings” which are different colours depending on the year the parent is in. These are decorated with charms and won on your gown when you graduate.

There are generally house parties all over the town for the entire weekend and the student union becomes a mini hospital to care for those who have overdone the festivities.

First year students are then handed a “raisin receipt” to carry to the St Salvator’s Quad and take part in a foam fight.

Given that it is the oldest university in the English speaking world it’s no surprise that there are many weird and wonderful traditions at Oxford.

One of these is the “Time Ceremony” which involves Merton College students walking backwards around the Fellow’s Quad, drinking port, in the early hours of the morning on the last Sunday in October.

The origin of this tradition seems to be a belief that it maintains the time-space continuum as the clocks change from British Summer Time to Greenwich Meantime.

One of the nicer, and slightly less mad, university traditions is the dinner or “formal” at Durham University.

Formal dinners are a big part of attending a college at Durham University, although not all colleges hold them. It’s traditional for gowns to be worn by students during this dinner, with cocktail dresses or suits underneath.

Be prepared for three courses and multiple sets of cutlery to eat your meal with.

You’ll have to wait until you graduate for this one, but when you do, you’ll be presented to the Vice-Chancellor of the university by holding a finger of your College Praelector’s hand, along with three other students.

After you’ve been presented to the Vice-Chancellor and they’ve said a few words (in Latin) you’ll bow and exit through the “Doctor’s Door” of the Senate House to receive your degree certificate.

The half-naked half hour – Oxford University

We told you Oxford University had some strange traditions…although this one has now unfortunately been banned by staff who consider it inappropriate.

Traditionally, students in Worchester College library had to remove half of their clothing between 3 and 4pm every Wednesday.