10 Things Only International Students Will Understand 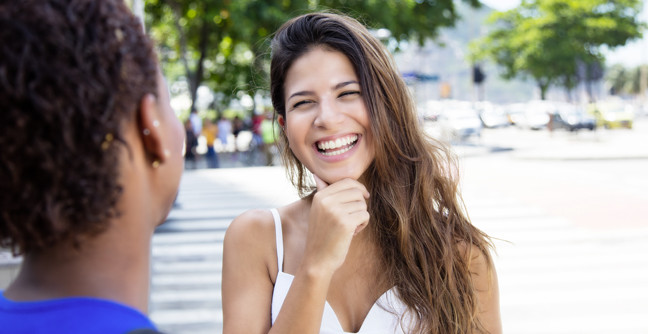 You might be a long way from home, but you’re definitely not alone as thousands of students flock to the UK from other countries every year.

Many universities embrace this, creating events and societies especially for international students, and you’ll receive a warm welcome when you arrive on campus.

However, there are some things that UK students just won’t understand…

#1 – People always want to know why you chose the UK

Sure, the UK has one of the best reputations for academic excellence in the world, and there are many reasons to study in the UK, but sometimes you’re here just because you want to be.

Chances are, just like UK students, you don’t know what you want to do after graduation either, so if people could stop asking that would be great…

Whether or not English is your first language, you’ve probably spend a lot of time practicing it before arriving in the UK. This means you might not have an accent at all, or the accent people think you should have; especially if you’ve watched a lot of American or UK TV.

#4 – The assumption that you have rich parents

Although your English might be perfect, you won’t necessarily be speaking like a native and there will be plenty of slang words that you’ll need to pick up as you go along.

People often assume that the people and things that are famous in their country as famous worldwide, but international students can assure you that that isn’t the case.

#7 – People being equally baffled by your home country

You’ll find yourself spending hours explaining your home country to your UK friends. This could cover every topic from the school system, to traditional foods, to whether your house has windows (yes, this question has been asked!)

The sad fact is, you’ll come across plenty of people who will struggle to pronounce your name, so many international students opt for a more Anglicised version or choose something completely different.

Brits aren’t known for their linguistic skills and many pride themselves on being able to order a pint and a bacon sandwich in another language. They also enjoy learning slang and swear words, so be prepared to be asked how to say them!

#10 – The excitement of meeting someone from your home country

Finally, someone who understands your pain and your native language! Whilst it’s nice to make friends in the UK, it’s nice sometimes to have someone who gets your jokes, references to popular culture, and misses the food as much as you do.