10 Reasons Why London is the Best City for International Students 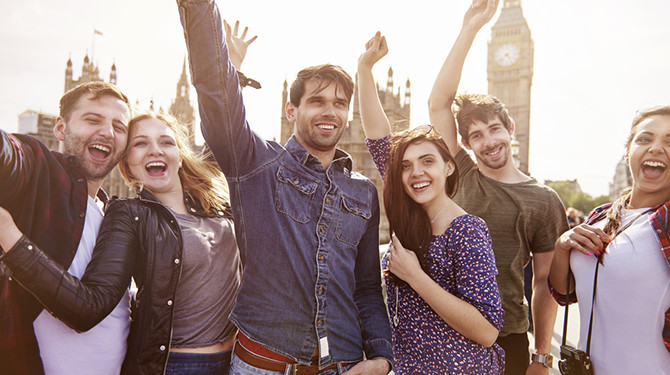 When you think about coming to study in the UK there are plenty of destinations to choose from depending on the learning experience and student lifestyle you’re looking for.

However, London is a favourite amongst students, both native and international, and there are many reasons why.

Here are our top 10 reasons why London is the best city for international students:

Regardless of whether you’re studying a History degree or not, there is something magical about studying somewhere where there is literally history on every corner.

Of course there are the big places such as Big Ben, Buckingham Palace, and Westminster Abbey, but there are also plenty of places in London that are further off the beaten track but still have a significant place in the history of the UK.

There are loads of guided and self-guided tours available, many for free, so you can spend your downtime getting to know your new city and discovering the history of the UK.

Of course you’re going to be homesick, but thanks to the thriving international population of London, the chances are you’ll soon bump into someone from your home country.

It also means that as well as learning more about British culture you’ll also be able to explore other cultures without needing to get on a plane.

This is something else you can thank the international community for. As well as being able to perfect your English you’ll also find it surprisingly easy to find others who speak your first language, which is helpful if you get stuck or just fancy having a chat in your native tongue.

No matter which genre of music gets you going there are hundreds of live music venues across the capital city. All of the music industry’s biggest names play at London venues and there are plenty of small, unsigned bands and artists to discover at other locations.

#5 You’ve got ample pubs and bars to choose from

If you’re not a big music fan, but you still love a good night out, then you’ll be spoilt for choice when it comes to pubs, nightclubs, and bars.

Many venues have won internationally recognised awards for their food and alcohol and more than enough places off generous student discounts or deals to make your social life a little cheaper.

#6 It’s one of the best student cities

We know we’re telling you it is, but you don’t have to take our word for it. The 2015 QS Best Student Cities test ranked London as the third best in the world ranking highly for affordability, desirability, student mix, and user rankings.

#7 You can easily get around

Regardless of whether or not you drive, most students living in London don’t, you’ll find is easy to get around to explore the capital.

Public transport is affordable, easy to access, and is one of the fastest ways to get around the city.

#8 You can sample some amazing food

Another bonus to the cultural diversity of London is the amazing array of food on offer. Clubs, pubs, and bars have fantastic menus available and of course there are plenty of restaurants spread out across the city.

As well as many live music venues there are also an abundance of theatres, museums, art galleries, and places of architectural interest dotted around the city.

In fact, there are so many you’ll probably never visit them all during the entire time you’re studying in London.

You probably think of the capital city as being full of sky scrapers and other crowded buildings, and we’d be lying if we said there were no built up areas in London.

However, you’re also never far from green space and some of the most famous parks in the world are located in London. 47% of London is made up of green space including Regents Park, Hampstead Heath, and Primrose Hill.