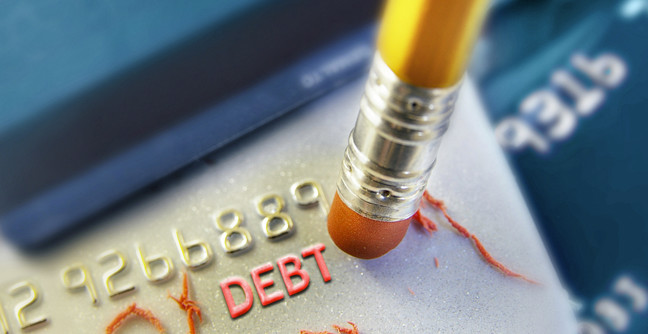 Sending your child off to university can be a stressful time for a parent, particularly if you’re concerned about the debt they’re getting themselves into paying for tuition fees, accommodation, and other living costs associated with going to university.

With the £9000 per year tuition fees and the cost of living constantly looking like it’s on the rise, it’s perfectly understandable that you’d be concerned about your child signing up for £50,000+ worth of debt, when you take into consideration tuition fees and maintenance loans.

However, it’s important not to worry about student debt because in many ways, student debt is “good” debt. In fact, it’s easier to think of a student loan debt as an extra tax, rather than a debt that has to be repaid.

Martin Lewis from moneysavingexpert.com describes student debt as a kind of “no win, no fee” education, which makes a lot of sense. If your child leaves university and becomes a high earner then they’ll pay a lot of their student loan back.

However, if they leave university and never earn over the £21,000 threshold, or have a very average salary, then they’ll repay little or nothing of their loan.

Therefore, if your child doesn’t gain financially from their time at university, they won’t lose out financially after graduation by paying back their student loan.

Here are just some of the ways that student loans differ from other types of loan:

Realistically, many graduates won’t ever pay back the full amount of their loan, unless they’re particularly high earners.

The fact is, your child will pay back 9% of everything earned over £21,000 and any remaining debt is wiped out after 30 years. If they never earn over £21,000, they’ll never pay anything back.

You can use the Student Finance Calculator to work out what your child will pay back. Have a look into the average salaries for career paths they’re interested in to give you a rough guide to the kind of monthly repayments they’ll be making.

How are student loan repayments taken?

If your child is employed, as the majority of graduates will be, then student loan repayments are taken directly from their employer along with their tax and National Insurance contributions.

This means that they don’t need to worry about saving up to make repayments and they won’t find themselves given a big bill for their repayments every year.

The money is taken automatically and the amount they’ll receive in their bank account each month will already have had the repayment removed.

You can read more advice and a great article on Student Loans Mythbusting on moneysavingexpert.com.

Will student debt stop my child getting a mortgage?

This is a bit of a swings and roundabouts situation in that having student debt can impact your child’s ability to get a mortgage, but not as much as you would think.

The student loan won’t appear on their credit file, so the mortgage company will only know about it if they ask on their application forms.

Where it does impact is on the “affordability checks” that calculate the kind of repayments you can afford to make on a mortgage. However, a university education generally means a higher salary. The student loan would mean your child is assessed as having a small take-home pay, so is therefore able to make smaller repayments.

This means it isn’t really about whether your child will get a mortgage or not, but how big the repayments are that your child can afford to make.