During last five years we have seen a massive increase in the number of forensic science degrees offered in UK universities. This has possibly been fuelled by TV programmes and series that look at the role of forensic science in police and detective work.

Unfortunately, the number of jobs in forensics have not really increased to keep pace, so if you are interested in doing a forensic science degree course you need to keep your options open and be prepared to go the extra mile if you want to compete in the job market. Choosing a degree course that offers a year in industry or other relevant work experience is now a priority for many potential forensic science students. 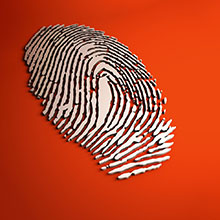 When considering your choice of course, a good place to start is by looking at the degree courses accredited by The Forensic Science Society in the UK. Universities offering courses in this area apply to the Society to undergo an accreditation process that assesses the relevance of their course content to employment in real-life forensics.

The range of accredited degree courses available means that you can choose the area that you want to specialist in (criminal investigation, anthropology, ballistics or even explosives). It is possible to do a first degree in forensics or to study a science subject – a good choice is chemistry – and then do a post-graduate qualification in forensic science. This will probably give you a better chance of gaining entry into a job involving more complex lab work, rather than acting as a scene of crime officer – often described as a ‘soco’.