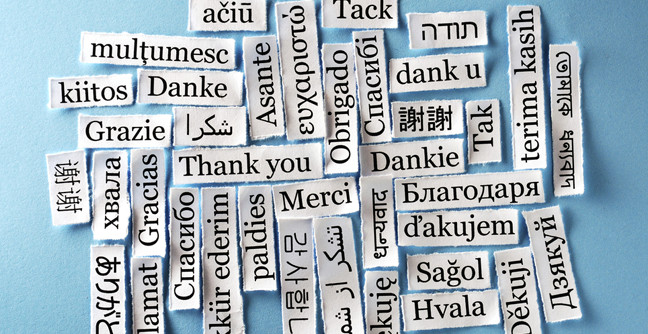 It’s well known that an additional language can help your career and what better way to learn another language, and study the culture of the country(s) that speak it, than by studying at university?

With another language, or multiple languages, under your belt the world is literally your oyster and many universities offer the chance to study abroad so you can start travelling before you’ve even graduated.

Surprisingly, most universities don’t ask that you can already speak a bit of the language before applying for the course. You’ll to show that you have the commitment and enthusiasm for the language and country(s) of origin before being accepted though.

Just being a fan of sushi or enjoying Glüwine at your local German Christmas Market isn’t going to cut it!

A Languages degree certainly doesn’t mean you can only be a teacher, translator, or interpreter either. There are many career choices that would benefit from you knowing another language(s).

What are the Languages subjects?

Depending on which university you want to go to, you can learn almost any language. However, here are the 10 languages which have been identified as being the most useful to know:

Studies have shown that employers prefer graduates with language skills, particularly in the international business sector, so it’s well worth considering one of these languages if you haven’t made your mind up yet.

What are the career options for Languages graduates?

We promised that it wasn’t all about interpreting and translating as a Languages grad, and we didn’t lie!

Here are some of the common career choices for Languages graduates:

Realistically, you could find yourself working in any sector from travel and tourism to business services, transport and distribution, and diplomatic and foreign aid work.

What skills will I gain as a Languages graduate?

Obviously you’ll learn to speak a new language(s) but there are plenty of other skills you’ll gain which will make you an attractive prospect to any employer.

These highly transferrable skills will help you do well in any industry, even if you end up in a job which doesn’t require you to speak your additional language(s).

You’ll also find that your year studying abroad (which most university courses offer) will give you a strong network of international contacts, which will be useful after graduation and you’re looking for roles which make the most of your language skills.

Where can I study Languages?

Almost all universities offer Languages courses, although you may have to look a little harder if you want to study a language that is not as commonly offered or spoken.

Some of the universities which offer Languages degrees include: