What is the Russell Group?

The Russell Group universities are essentially a collection of universities who have formed themselves into a type of ‘club’. The group was set up in 1994 after a period of expansion in the UK university sector. The driving force was always excellence in academic research and teaching, so it’s very much research rather than industry-driven. 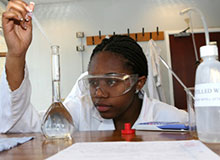 As you can see from the list, the group contains some of the oldest and most prestigious universities in the UK. They all have a reputation for academic and research excellence and have a phenomenal output in terms of research papers and achievements.

From a student’s point of view, the teaching is also of a very high standard. A recent student survey done nationally in 2011 revealed that 87% of students who attended a Russell Group uni were satisfied with their course – that compares with 83% in all other universities in the UK. An even higher proportion – 89% - was satisfied with the quality of the teaching they were given – more than the 85% average in other universities.

The Impact of Research at Russell Group universities

What about job prospects?

Although having a degree from a Russell Group uni can give you an advantage in the job market, it’s not the only factor that’s important. Other universities have higher employment rates for recent graduates than some of the members – Aston University graduates are more employable than those with a degree from Oxford, says a recent survey by the Higher Education Statistics Agency.

Your own decision of which universities to apply for should take into account a full range of factors – the course you want to do, where in the country you want to be and the feel of the place, above all. Only you can decide whether going to a Russell Group uni is going to give you the start you need.